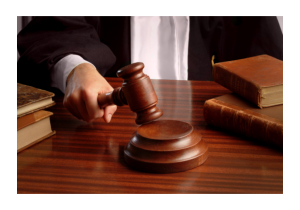 Everyone knows that when he or she has been charged with DUI that there is a strong likelihood that he or she will have to live with a driver’s license suspension for a period of time. The fact of the matter is, until you have lived without your driving privileges it can be difficult to imagine how hard it is to go even six months without the ability to drive.

How Hard Would It Be For You To Live Without Your Driver’s License?

As adults, we have responsibilities that cannot wait. Being able to take care of your job and children and other responsibilities often requires a driver’s license. This makes it imperative that you do everything you can to defend yourself and your driver’s license against DUI charges. Attorney Anthony F. List Jr. has the skills and experience to be able to effectively defend you against DUI charges.

Do not think just because the state has BAC evidence against you that there is no way to defend against DUI charges. There are many highly effective strategies for attacking the prosecutor’s case against you, including raising such questions as:

Effective DUI Defense Backed By More Than A Decade Of Experience

I am attorney Anthony F. List Jr. I have been helping people fight DUIs and other criminal and traffic offenses in the Greater Philadelphia area since 1998. During those years of serving my clients, I have built a solid reputation for delivering highly effective representation to those in need. I know the consequences that people face if they are convicted of DUI, and I know how to build a strong defense. I have helped students at Villanova and other schools as well as truckers who need to protect their commercial driver’s licenses (CDL) and those facing their first DUI or a repeat DUI. My skill and experience can make all of the difference no matter what situation you are facing.

I can help you fight your DUI charges and protect your driver’s license. For a free initial consultation, call 610-348-5996 or contact my office online.